Leon Errol (1876 or 1881?-1951) was born in Australia, and began performing in college, circus, Shakespeare, and light operas. Errol migrated to the United States by 1904 with his dance partner, Stella Chatelaine (1886-1946). He performed cockney songs and eccentric dance in variety saloons and partnered with Pete Gerald as “Gerald and Errol,” featuring German (“Dutch”) or Irish dialect comedy, ragtime piano, burlesque boxing, and a trained bulldog named Buck. Gerald and Errol played alongside Gale Dauvrey and Alf T. Lane in “A Wife’s Folly,” an Edward Shields Company comedy drama, ca. 1904, in Baker City, Oregon. The trio of Gerald, Errol, and Dauvrey performed in Walla Walla, Washington, in 1904. Errol was stage manager for the Orpheum Theatre in Portland, Oregon, during the 1904-05 season, where he also performed in their productions, directing a group known as “Errol’s Burlesquers,” which includes future Keystone comedian Roscoe Arbuckle. Errol performed in numerous productions at LaVern’s Park in Walla Walla, and at Shields’ Park in Portland during this time. He and Will Gross, as “Errol and Gross,” performed ragtime musicals. In 1906 Errol was traveling with Zinn’s Travesty Company, which performed in San Francisco in 1906, and was there when the earthquake hit.

Leon Errol and Stella Chatelaine married in 1906. By 1911, they had arrived in New York with their burlesque comedy show, The Lilies or The Jersey Lillies. At Abe Erlanger’s (Ziegfeld’s financial backer) insistence, Leon was soon engaged by Florenz Ziegfeld in his Broadway debut, “The Winsome Widow,” and then in the Ziegfeld Follies (1911-1915), in which Stella Chatelaine also performed. He co-produced and performed in two shows of “Hitchy Koo,” the second in 1918. Errol was known for his dialect roles, which he originally developed to camouflage his strong Australian accent. We was also known as an eccentric dancer-physical comedian because of his comic gait as a “stage inebriate” and other eccentric roles. Errol is especially remembered for his long-running series of short comic films for RKO Radio Pictures, beginning in 1934 and continuing until his death in 1951. 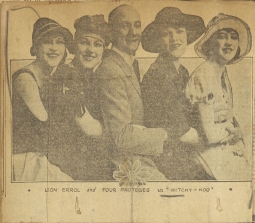 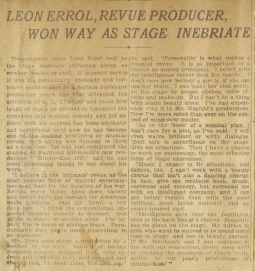 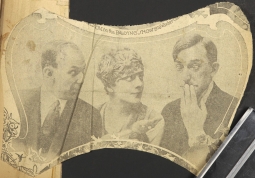 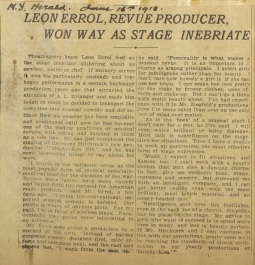 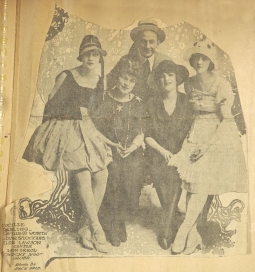 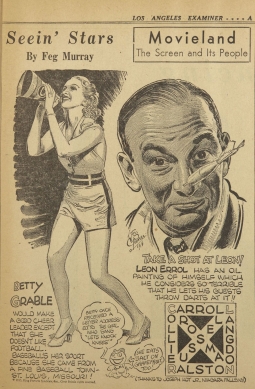 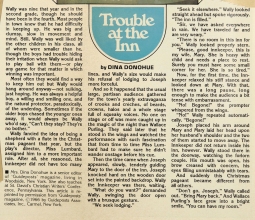 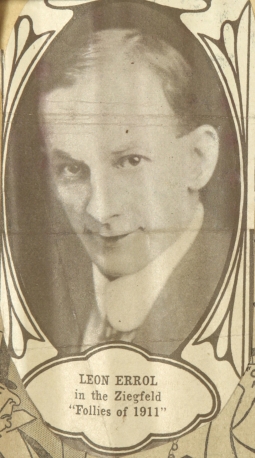 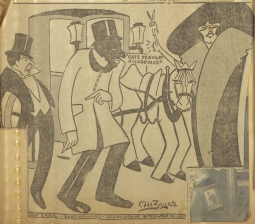 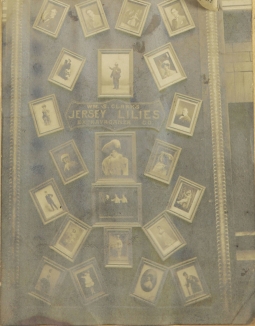 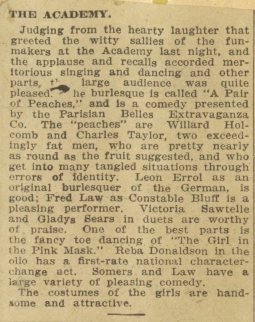 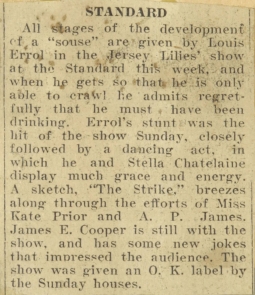 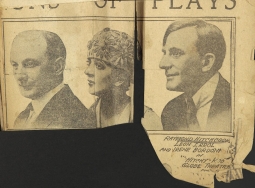 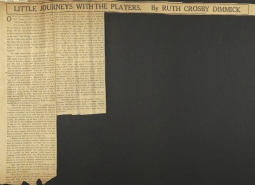 Little Journeys with the Players Clippings

The Story of Leon Errol Clippings 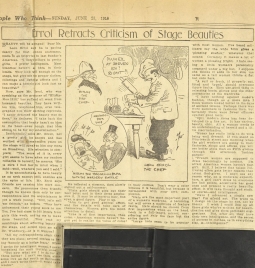 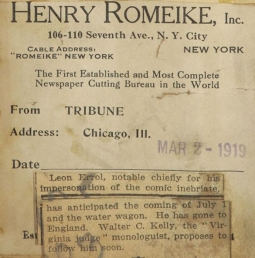