Jill Corey was born Norma Jean Speranza in Avonmore, Pennsylvania. She was the youngest of five children born to Clara and Bernard Speranza. At the age of four, she lost her mother to a serious infection. Alice, her older sister, became the dominant female presence in Jill’s life. Her father and four older brothers worked in a small, private coal mine in order to support the family. Jill started singing at the age of four. From a young age, Jill would perform at family gatherings, local talent contests, and at school. At age thirteen, she won her first competition. The contest was sponsored by a local chapter of the Lion’s Club and the prize was an opportunity to sing on a local radio station. She was an instant hit and as a result, she was given her own local weekly radio show, Dream Time.

In the spring of 1953, Jill graduated from Bell-Avon High School. That same year she was signed by Mitch Miller, the director of artists at Columbia Records in New York. Mitch Miller had Jill audition for both Arthur Godfrey and Dave Garroway. Miller contacted LIFE magazine, who decided to feature Jill Corey in the November 9, 1953, issue. She was offered television contracts and she decided to sign with Garroway. She debuted on prime time television as the lead singer for the Dave Garroway Show. With the help of the Manhattan telephone directory and Garroway’s influence, Norma Jean Speranza became Jill Corey. During this time, Jill Corey recorded her first studio single, the “Robe of Calvary” for Columbia Records. This began a long and fruitful career as a recording artist. Other major hits from Jill Corey include “I Love My Baby,” “Love Me to Pieces,” “Big Daddy,” and “Sometimes I’m Happy, Sometimes I’m Blue.”

In 1954, Jill was a regular on Stop the Music, the Robert Q. Lewis Show with Merv Griffen, and the Johnny Carson Show. In 1957, Jill became a member of the cast of the long-running staple of 50s television, Your Hit Parade. Between 1957 and 1960, Jill appeared on the Ed Sullivan Show.

In 1958, Jill became the youngest performer to ever headline at New York’s famed Copacabana. In the same year she filmed the motion picture, Senior Prom, co-starring Paul Hampton and James Komack. At this height in her career, she met Don Hoak, the third baseman for the Pittsburgh Pirates. They married in Pittsburgh in 1961, and Jill retired. In 1965, they had a daughter and named her Clare. In 1969, Don Hoak died of a heart attack, propelling Jill Corey to return to the spotlight. During her second career, she starred in many plays, both off-Broadway and on tour. Some of her plays include Annie Get Your Gun, Sweet Charity, Promises, Promises, and Gypsy at the Carousal Dinner Theater. In 1989, she played at Carnegie Hall to a sold out crowd. 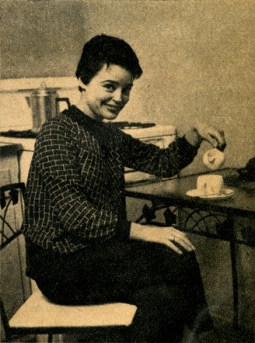 Jill Corey at the Table Clippings 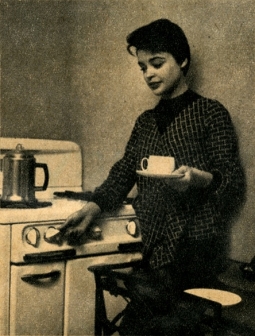 Jill Corey at the Stove Clippings 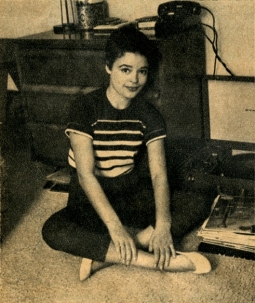 Jill Corey on the Floor Clippings 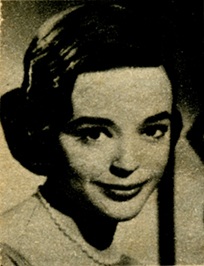 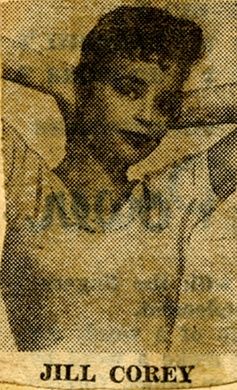 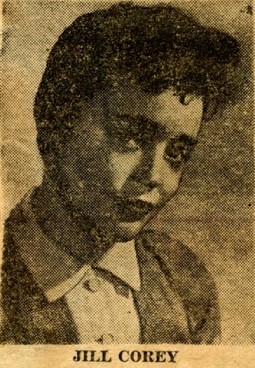 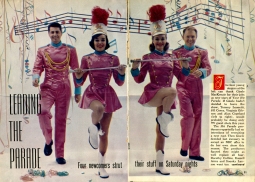 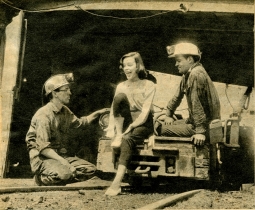 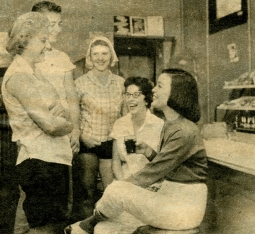 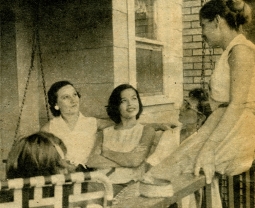 Jill Corey and Others on Porch Clippings 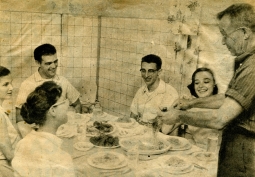 Jill Corey and Others at the Table Clippings 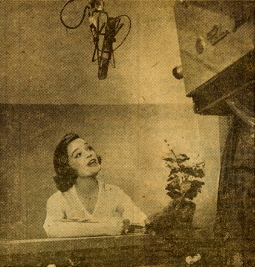 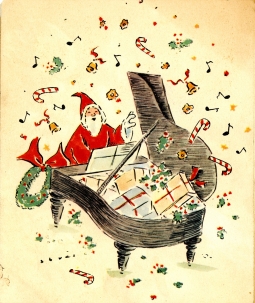 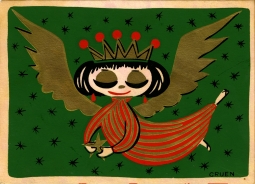 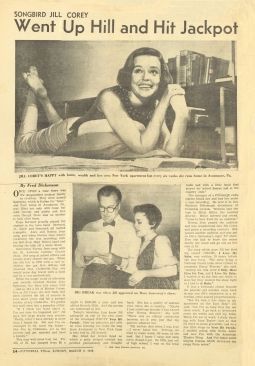 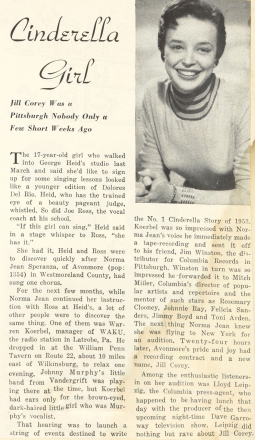 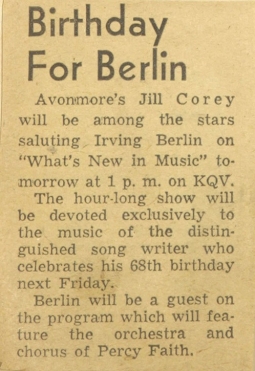 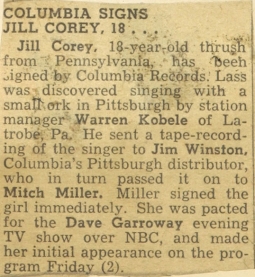 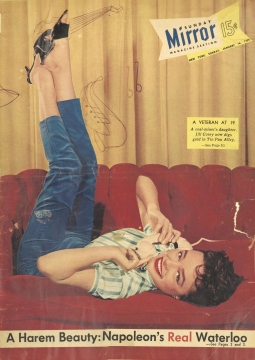 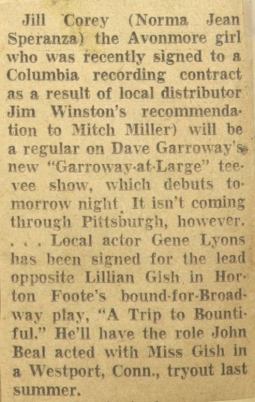 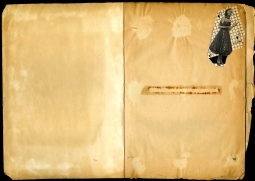 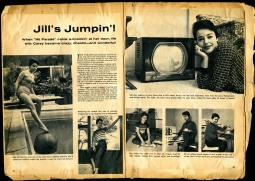